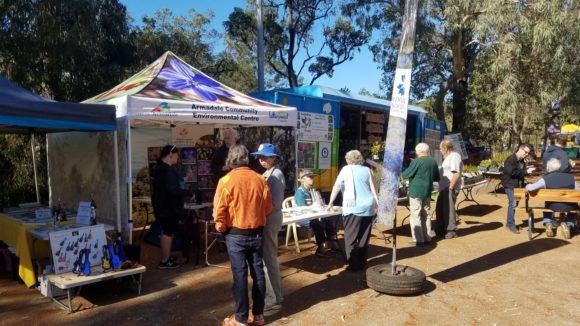 The Armadale Branch will be at the twilight Bedfordale Bush Markets.

Weather permitting, there will be a short walk into nearby Bungendore Park leaving the markets at 5:30 pm.

The twilight Christmas Market will be held at the Armadale Christian College (Admiral Road, Bedfordale), which is alongside Bungendore Park (a 498 ha reserve) and a few kilometres from Armadale Settlers’ Common (a 398 ha reserve). The branch will have information about both reserves on its stand at the markets.

Make it a day in the hills of Armadale; stop off at the bush markets for some early Christmas shopping and a pick-me-up coffee before heading into Bungendore Park. Bring along your binoculars for some bird spotting whilst out on the guided bush walk.