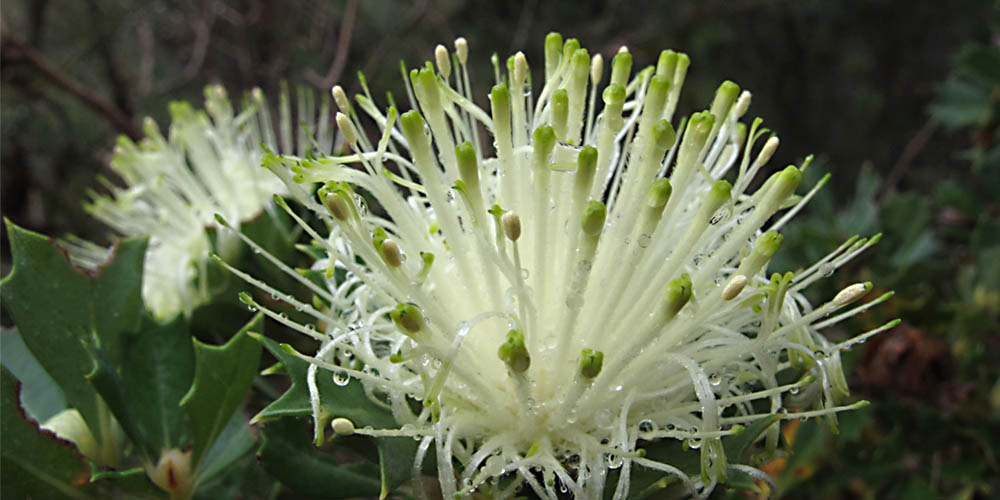 Dr Nistelberger’s talk is unfortunately cancelled, but she has agreed to speak to Perth Branch later in the year or next year, as circumstances permit.

Dr Heidi Nistelberger is a population geneticist at DBCA who explores the evolutionary history our rich Western Australian flora using a range of genetic markers and analytical approaches. This research provides valuable insight into the evolution of flora in ancient landscapes as well as practical approaches to conservation when working with species that are highly genetically structured.

Title: Parrot Bush is as old as the hills: how tectonic and palaeogeographical processes influenced the patterns of genetic diversity in a widespread, common shrub.

Abstract: Throughout the Quaternary, many landscapes were subject to extensive glaciation, a process which profoundly impacted the distribution of plant species. The marks of these historical processes can still be observed in plant genomes today. In contrast, Western Australia remained unglaciated throughout this period and as a result our diverse array of endemic flora rank as some of the highest, in terms of haplotype diversity, throughout the world. The way in which this genetic diversity is structured throughout the landscape provides a window for exploring the evolutionary history of a species and the way in which its distribution has been impacted over time. Banksia sessilis (formerly Dryandra sessilis) is a widespread and common shrub that occurs on a diversity of substrates across the South West Australian Floristic Region. It produces prolific bird-pollinated flowers and seed that are an important food source for parrots and cockatoos. The species responds favourably to habitat disturbance and can often be observed re-colonising gravel pits and disturbed roadsides. We examined the patterns of genetic diversity in B. sessilis in order to understand its evolutionary history. The species could be divided into two distinct genetic groups – one that was found on the lateritic soils of the Darling Plateau and northern sandplains, and the other that occurred on non-lateritic sands and limestones of the coastal environments. These two groups diverged approximately 4 million years ago, prior to the uplift of the Darling Plateau and its separation from the adjacent Swan Coastal Plain. Here we explore how these ancient palaeogeographical processes shaped the evolution of this species that is literally as old as the hills.

Meetings of the Perth Branch of the Society are held on the second Tuesday of each month in the Subiaco Community Centre across the road from Crossways Shopping centre in Bagot Road. Doors open at 7.45 pm and the meeting begins at 8 pm. Supper is served after the talk and everyone is eligible for the night’s door prize. You do not need to be a member of the Society to attend, entry requiring a $3 door donation.