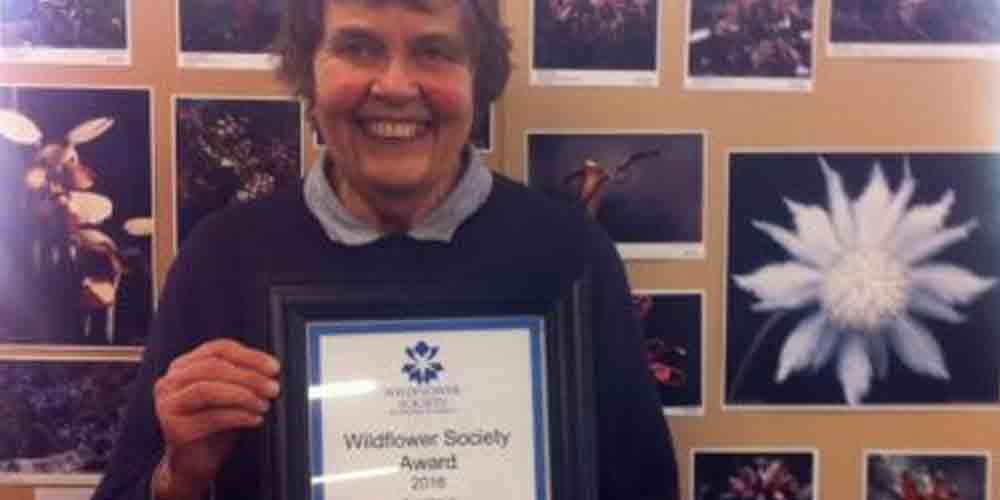 There are three categories of Awards presented at the Society’s AGM, which will be held on Saturday on the 24th of June 2017 and hosted by the Merredin Branch in Merredin, WA. The closing date for nominations is Tuesday on the 2nd of May 2017. Please mark your nominations CONFIDENTIAL and forward them to the Honorary General Secretary, Wildflower Society of WA (Inc.), PO Box 519, Floreat, WA 6014. Members should consider resubmitting a previous nomination if it was unsuccessful.

Wildflower Society Award
The criterion for this award is that the person or group should have advanced the aims of the Society. The recipient does not necessarily have to be a member of the Society but most are. Nominations should be no more than two pages long. A nomination may be made by an individual or by a Branch Committee. A subcommittee of the Management Committee is established specifically for this award after the deadline for nominations. None of this subcommittee’s members can be nominators or potential recipients.

Honorary Life Membership
This award is not restricted to one member per year nor is it necessarily made annually. A member nominated for this award should have rendered special or meritorious service to the Society and must be nominated by a member of the Society. The nomination is approved by the Management Committee. Honorary Life Members do not pay the annual fee but are entitled to the benefits and privileges of an Individual Member. Nominations should not be more than one page in length.

Meritorious Award
Nominations for this award are made by Branches and are for services to the Society at a Branch level. The nomination is approved by the Management Committee. There is no restriction on the number of Meritorious Awards given each year, and Branches may nominate more than one member.

Photo:  Diana Corbyn, one of the Award Recipients in 2016

As a community, we are facing an unprecedented challenge with the spread of Covid-19 virus. For the health and safety […]

Dr Nistelberger's talk is unfortunately cancelled, but she has agreed to speak to Perth Branch later in the year or […]

Meeting includes sales of native plants, a plant identification session and supper and everyone is welcome to come along. $3 […]