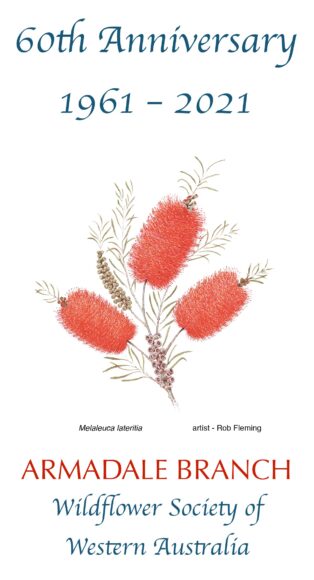 The Armadale Branch was formed on 28th March 1961 and this year will be celebrating its 60th Anniversary with a number of events and displays. An invitation is extended to Wildflower Society members to attend our events:

To mark the anniversary of the branch’s formation, six local species of eucalypts were planted in the grounds of the Environmental Centre on 28th March 2021, exactly 60 years after the date of formation. One tree for each decade was planted by – the Mayor of the City of Armadale (Cr Ruth Butterfield), family members (son, grandson and great granddaughter) of Reverend E Watts (the founding president of the branch), Michael and Irene Morcombe (founding members), Roger Harington (current branch president) and students from Armadale and Pioneer Village primary schools representing the future of the Society. The Armadale Primary School choir sang “Home Among the Gum Trees” and raconteur Keith Lethbridge played two tunes with a gum leaf. Light refreshments followed the plantings.

At the 2021 Perth Garden Festival (29th April to 2nd May) to be held at Langley Park, the branch will be joining forces with SERCUL, AGLG, LandcareSJ, Bungendore Park Environmental Group, Armadale Settlers’ Common Working Group and the Armadale Environmental Centre in a “Community Landcare” marquee.

Immediately following  the Perth Garden Festival, the Armadale Bush Arts Trail will be held at the Armadale Environmental Centre. The branch will have a wildflower display open to the public in the centre on the weekends of 8th–9th and 15th–16th May.

Our biggest event will be 9th–11th September when will have a Wildflower Exhibition along with a botanical art and photography display in the Armadale District Hall.

Every year the branch stages a wildflower display and sponsors art, photography and native flower arrangement prizes. This year we will be continuing the tradition. 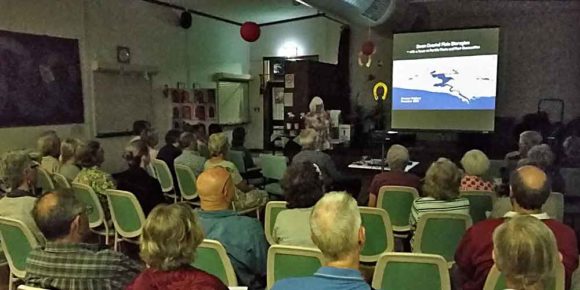 Herbariums contain centuries of botanical specimens gathered from around the globe.    Changes in research and technology make the information contained […]

Just in time for winter, the annual sale of WA native plants from Northern Suburbs Nursery at Landsdale Farm, Evandale […]