Role of the Roadside Vegetation Subcommittee

Since its early beginnings in the late 1950s the Society has had a keen interest in preserving the native vegetation along Western Australia’s roadsides and in earlier times had some success with its hard work.  In recent times, as many of us have noticed, our roadsides are receiving significant clearing such that the dismay felt by members, WA communities and interstate/overseas visitors has been made clear to the Society.

In early 2017 the Society reinvigorated its involvement in the conservation of roadside native vegetation and established the Roadside Vegetation Sub Committee (RVSC).  Since then there have been numerous meetings with Ministers and senior policy staff at the state level putting forward the Society’s concerns for this preservation.

Many submissions on clearing permit applications are made, presentations are attended and given by members of the  RVSC, local involvement by Society members in the roadside issues of their region takes place, and  a re-engagement with the flora road concept so proudly touted by the State of Western Australia in earlier times, is underway.

Information on specific submissions may be obtained by contacting enquiry@wildflowersocietywa.org.au 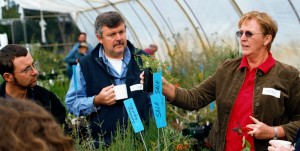 Plant your own Wildflowers

Murdoch AGM and The Plants of Hyden – Dr Eddy Wajon

The Murdoch Branch will be holding our Annual General Meeting in a concise format prior to our guest speaker, Dr […]

Please join us for our annual Xmas gathering. We will meet at 8am near Walters River Cafe for the start […]

The Perth and Northern Suburbs Branches of the WSWA alternate hosting an annual Christmas Party. This year the Perth Branch […]