Mark Brundrett – is an active member of the Wildflower Society of WA (Perth Branch). He is also an Adjunct Associate Professor at the University of Western Australia and a Research Associate of the Western Australian Herbarium. His recent research has focused on orchid pollination and conservation, restoration of ecosystems and the impacts of fire and weeds on Perth’s urban bushland. He also studies the evolution of plant nutrition traits, biodiversity patterns in Australia and globally and orchid taxonomy and has published a field guide to local orchids.

Over the past seven years, Mark has counted seedpods on over 40,000 flowers from over 10,000 plants belonging to 20 species of orchids. He found that the way orchids attract insects has the greatest impact on seed production. However, so does plant density since insects learn to avoid areas with many orchids because their flowers food rewards. Climatic impacts such as severe autumn drought, cool winter temperatures and exceptionally dry conditions in late spring also had major impacts, but some orchids can produce seed during severe drought.
Join Mark as he shares what his study revealed in that ‘Pollination data from common orchids allows us to monitor impacts of changing climate, some of which are already apparent.’ 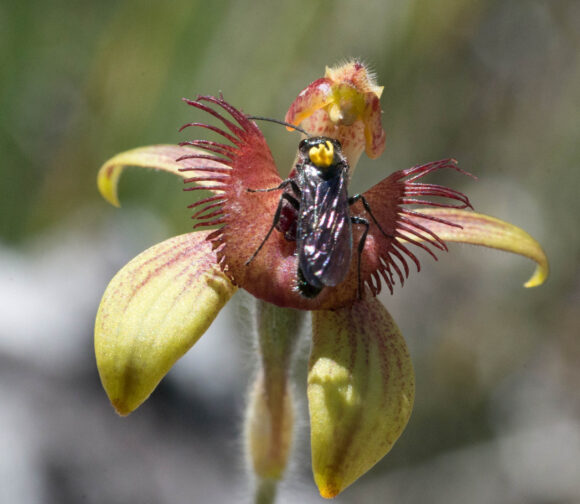