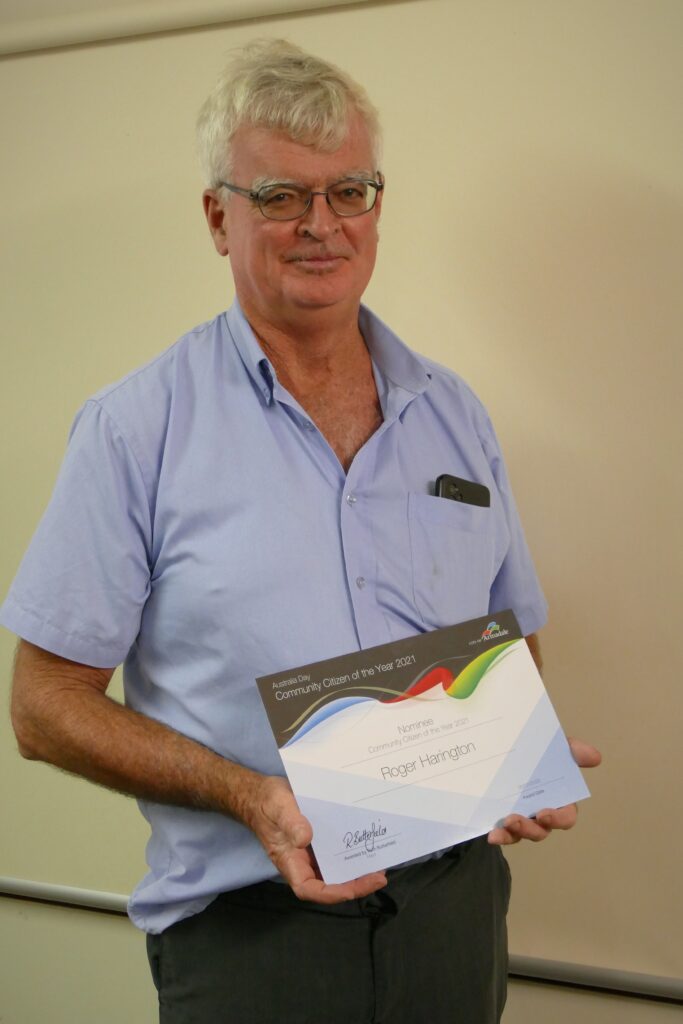 At a ceremony hosted by the City of Armadale on Australia Day 2022, Roger Harington was amongst the finalists for the Community Citizen of the Year for 2021 for Armadale.

Whilst Roger did not win the award, both he and fellow Armadale Branch members were really pleased that he had been nominated for his active citizenship and outstanding contribution to community throughout 2021.

Roger has demonstrated active commitment and involvement in local bushcare and environmental groups including:

:: Armadale Branch, Wildflower Society of WA – from being a branch member, Roger was elected President in 2017 – a position he currently holds.

:: Armadale Settlers’ Common Working Group – which involves the management and protection of this large reserve (approx. 383 hectares) in Bedfordale.

:: Armadale Bushcare and Environmental Working Group – which is an umbrella group of environmental and bushcare groups within the City of Armadale. Roger provides a link between the groups he represents relating to environmental awareness and the protection and rehabilitation of the natural environment within the city.

:: Landcare SJ – Roger is an active board member of this Serpentine-Jarrahdale group that conducts field days, workshops and training for sustainable agriculture as well as conservation and restoration of habitats for native flora and fauna.

Roger has shown initiative over the years in a wide range of volunteer pursuits with a positive approach and actions. He is always ready to be involved in any area that he believes needs support. Totally committed to whatever organisation he belongs, Roger has gained well-deserved respect in the community. Roger’s leadership and passion has had a profound impact in his endeavours, in particular to our unique and precious bushland environment and Armadale Branch members congratulate him on his achievement.

Please join us to hear Byron Lamont, who is a Distinguished Professor Emeritus at Curtin University, provide an insight into […]

Eremophila range in size from low-growing shrubs to small trees. Phil’s discovery and/or rediscovery of the Eremophila began some 23 years ago, thus the passion in the genus.