Forrestdale Lake Nature Reserve (Forrestdale Lake) is a seasonal lake of approximately 220 hectares, situated about 25 km south-east of Perth, in the City of Armadale. It was gazetted as an A-class Nature Reserve in 1957 for the Conservation of Flora and Fauna, and valued for recreation (particularly sailing).

The largest in Perth’s south metropolitan region, Forrestdale Lake together with Thomsons Lake were designated Ramsar wetlands in 1990. The two lakes constitute a major breeding, migration stop-over and semi-permanent drought refuge area for waterbirds including black swans, many species of ducks and other waterfowl and migratory and non-migratory wading birds. Seventy species of waterbird occur at both Forrestdale and Thomsons Lakes with 21 of them breeding. More than 20,000 water birds have been recorded on Forrestdale Lake (22,196 in January 1986).

In June or July, Lake Forrestdale starts to fill, and about the end of September, it reaches its maximum depth. By early summer, the lake is usually dry. The depth of the lake varies from year to year depending on rainfall – these days it can be between around 200 and 500 mm.

Decades ago the lake held a lot more water than it does now, and for longer periods. Some years it did not dry up at all. Diminishing rainfall, and ground water extraction from government and private bores are some of the reasons for the lake’s decreasing water levels.

Today the reserve is recognised as Bush Forever Site 345 and one of the most important conservation areas in southwestern Australia. 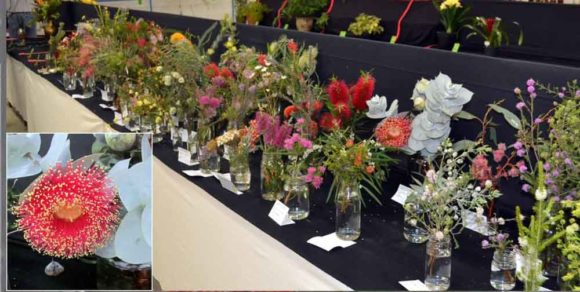 The Perth Branch will be holding our next General Meeting at the Subiaco Community Centre on Tuesday 10 August, featuring […]

Ben Croxford will discuss some of his experiences over the last 20 years owning and managing a contract-based, wholesale native plant nursery providing provenance-correct plants for revegetation projects.